Despite Saab announcing the axing of the 9-6X 4x4-estate crossover - a sister model to the recently-launched Subaru Tribeca - it is working on a different, smaller crossover vehicle.

At the launch of the revised 9-5 saloon and estate this week, a Saab spokesman confirmed to 4Car that this project was under way and hinted that its name would be 9-4X, denoting its positioning in the Saab line-up between the 9-3 and 9-5 ranges.

Although he could not reveal details, it's a safe bet that this car will share its underpinnings and powertrains with the upcoming Cadillac BRX, much as the Cadillac BLS, which will be launched next spring, shares its platform with the Saab 9-3. Both 9-4X and BRX will be developed from the 9-3/BLS platform, also used for the Vauxhall/Opel Vectra, Signum and other related models in the GM family.

It is thought that the 9-4X will be better-suited to the European market than the huge, seven-seater 9-6X - or a sister model to the Daewoo-developed Opel/Vauxhall Antara (a Frontera replacement) - and that since the 9-7X (a rebadged Chevrolet 4x4) has already proved popular in the US, that model has effectively plugged the major gap in the Saab range there.

Speaking at the 9-5 launch, Saab MD Jan-Ake Jonsson also reaffirmed that the European-market 9-2X - the Golf-sized model developed in partnership with Subaru, which will also share its platform with the next-generation Impreza - has also been axed. The 9-2X on sale in the States, a rebadged version of the current Impreza, will continue in the short- to medium-term.

"The 9-2X sector (premium-badged small family cars) has not grown as much as we thought it would", he told 4Car. "We would not rule out a new model further into the future, within the GM-Saab relationship. But in the meantime, we will focus on our existing products, the 9-3 and 9-5, and the crossover& There are still a lot of elements of the existing vehicles that can gain volume, and engines to be added."

Saab is thought, however, to be working on a Golf-sector model on the next-generation Opel/Vauxhall Astra platform. Jonsson would not confirm this, but said: "We try to utilise the components we have available."

However, another Saab spokesman intimated that the Saab-Subaru story may not be over just yet. Given that the 9-6X was so close to production, with prototypes under testing, it is unlikely that all the work done by Saab engineers on the 9-6X/Tribeca will be for nothing, so Saab may well at least utilise some of the technology developed in its future models. Likewise with the 9-2X/Impreza, which could have an influence on the Astra-based model even if the basic structure is not used.

Jonsson added that we could expect to see some surprises, probably in the form of concept vehicles, at the Geneva Motor Show next spring; we think these are likely to be the long-rumoured Saab roadster, the "new Sonett", on the GM 'Kappa' platform (Pontiac Solstice, Saturn Sky, Vauxhall Lightning) and a preview of the 9-4X.
Saabisti #2397
9-5 2,0t Linear Wagon vm.2002
Seat Alhambra 2,0TDI 4WD vm. 2013 (11/2012), mutta silti:
"Saab is The Truth, The Whole Truth and nothing but The Truth."
Ylös

"new vehicles, are expected to go into production in mid-to-late 2008"

"He said progress has been made on the planned Saab crossover vehicle, adding that it will share certain components with one other GM brand.

Forster wouldn't say which brand was involved, but he did say there was a possibility the Saab crossover _ a mix of various model types _ could be built in North America. He said the design of the crossover was at an advanced stage and production could start by the end of the decade."
Ylös 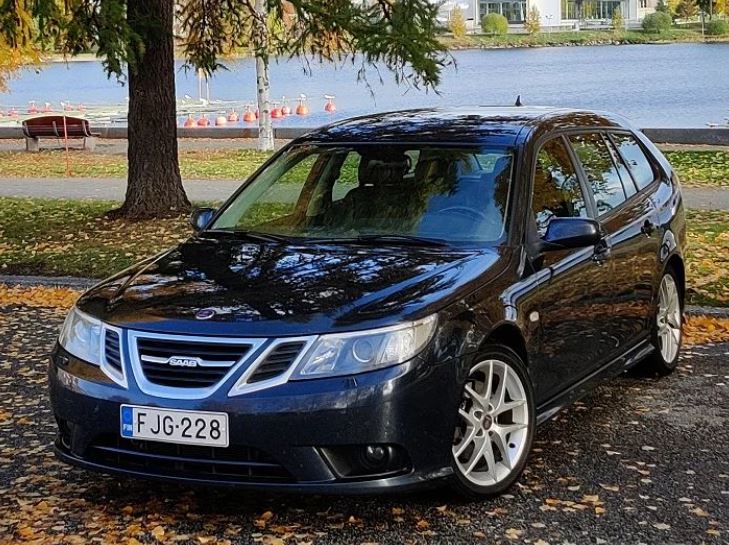 The 9-4X will be on sale in the spring of 2008 as a 2009. Around march or april of 2008. This comes from an extremely reliable source. Some specs are as follows: the 2 engines - the 2.8v6 250hp and a new 300 hp turbo. The vehicle will be produced in Mexico for all markets. And the design is something of a cross between FX45 and a Land Rover Discovery but with the AeroX front end design language. The platform being a modified Epsilon 2.
Ylös

That means is not present?

We recomended repair of houses
Ylös

That means is not present?

I just tried to translate in finnish this: " a Saab spokesman confirmed to 4Car that this project was under way and hinted that its name would be 9-4X"